cousin visited today with aunt, and he'd brought his new DSLR, alas, he hadn't purchased a macro lens as yet and learned rather quickly that it's hard to take pics of my minis without one XD well, when he does, i'm sure i'll have FANTASTIC pics, meanwhile, here are some rather good ones too ;)

Yotsuba has been featured in quite a number of my pictures, and i hope you enjoy these as much as i did posing her ^ ^ 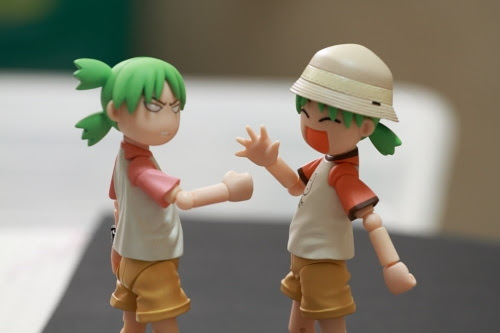 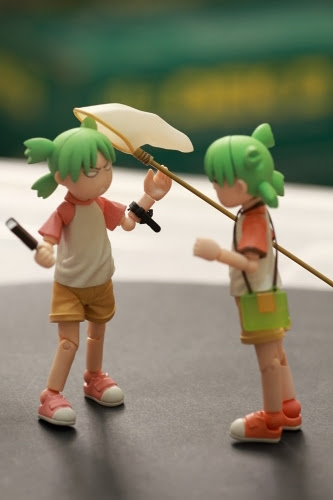 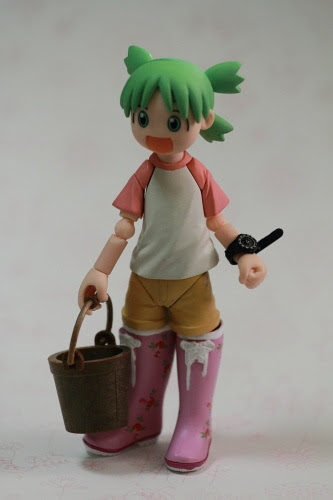 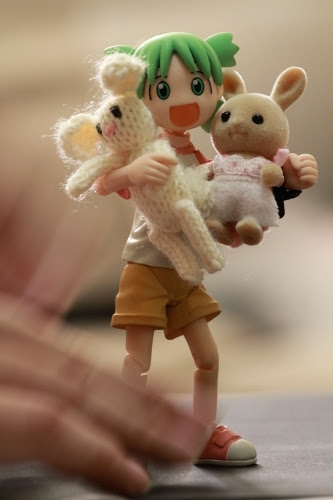 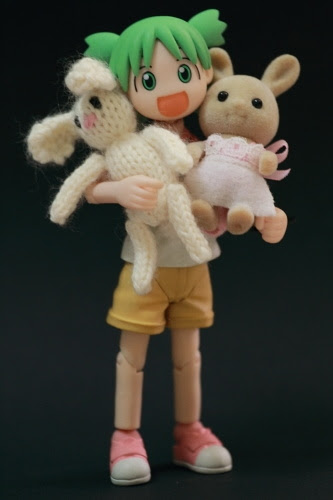 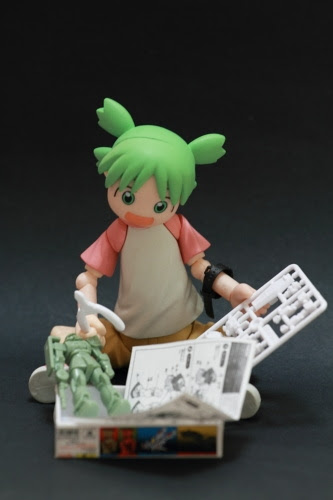 GUNDAM!
(i purchased a whole keroro gunsou kit specifically for this set XD) 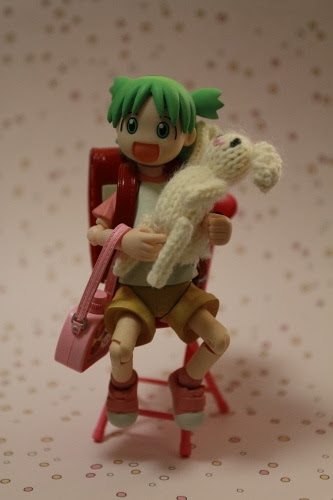 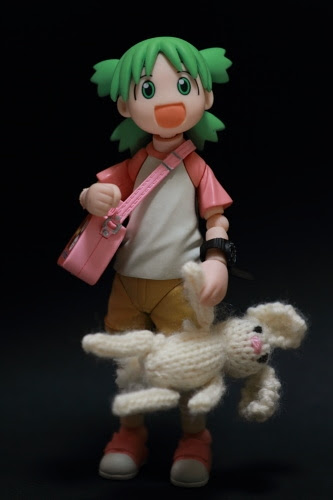 i knitted the rabbit following a free ravelry pattern, but i lost the link cos it must have been a good 2-3 years ago since :( her rabbit water bottle is one of my super duper fave re-ment items. i hope i haven't lost the cap :( 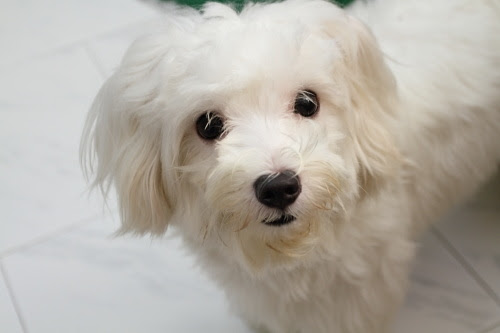 Eva kept trying to get into the shots XD 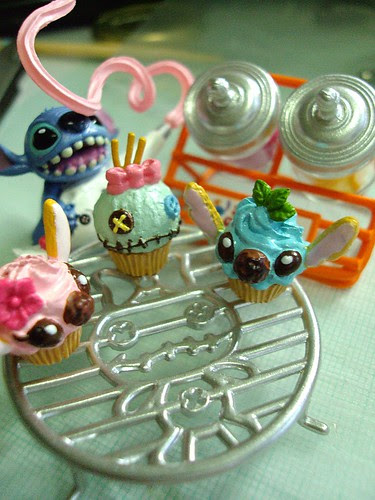 ok this pic i took with my own camera the night before. LOOK AT THAT!! soooo adorable!!! i absolutely LOVE LOVE LOVE Stitch & Scrump (his little blue ragdoll) so when i saw this...i was ecstatic!

i took plenty more pics while i was at my very first dollmeet!!! pics are up on my flickr ;) (most of them are on flickr, don't know how many read the blog and i'm not sure about the protocol on using pics of others' dolls?) i was saying after many of them tried to persuade me to get one "WHEN you get one....." etc etc cos i was oooh-ing and aaaah-ing over the beautiful BJDs.....but yea. i still think of dolls as props to my minis, be it purchased (re-ment etc) or made by me....*scratches ear* sure, i love dolls, but somehow, the dolls seem more to me like props than the reverse haha. especially miniature containers/tupperware. ODD HUH?

it has been a really really REALLY fun start to 2010 ^ ^ i'm already exhausted! sheesh i'm weak.

going to a pyjama party tomorrow ;) can't wait! why do i get the feeling i'm trying to squeeze as much 'non-clay' fun in before my clay arrives? i think cos once the clay gets here, i'll probably lose all sense of time XD i hope by then my new friends don't think i'm avoiding them, i'm not, just very very obsessive is all :P
Posted by Unknown at 11:23 PM