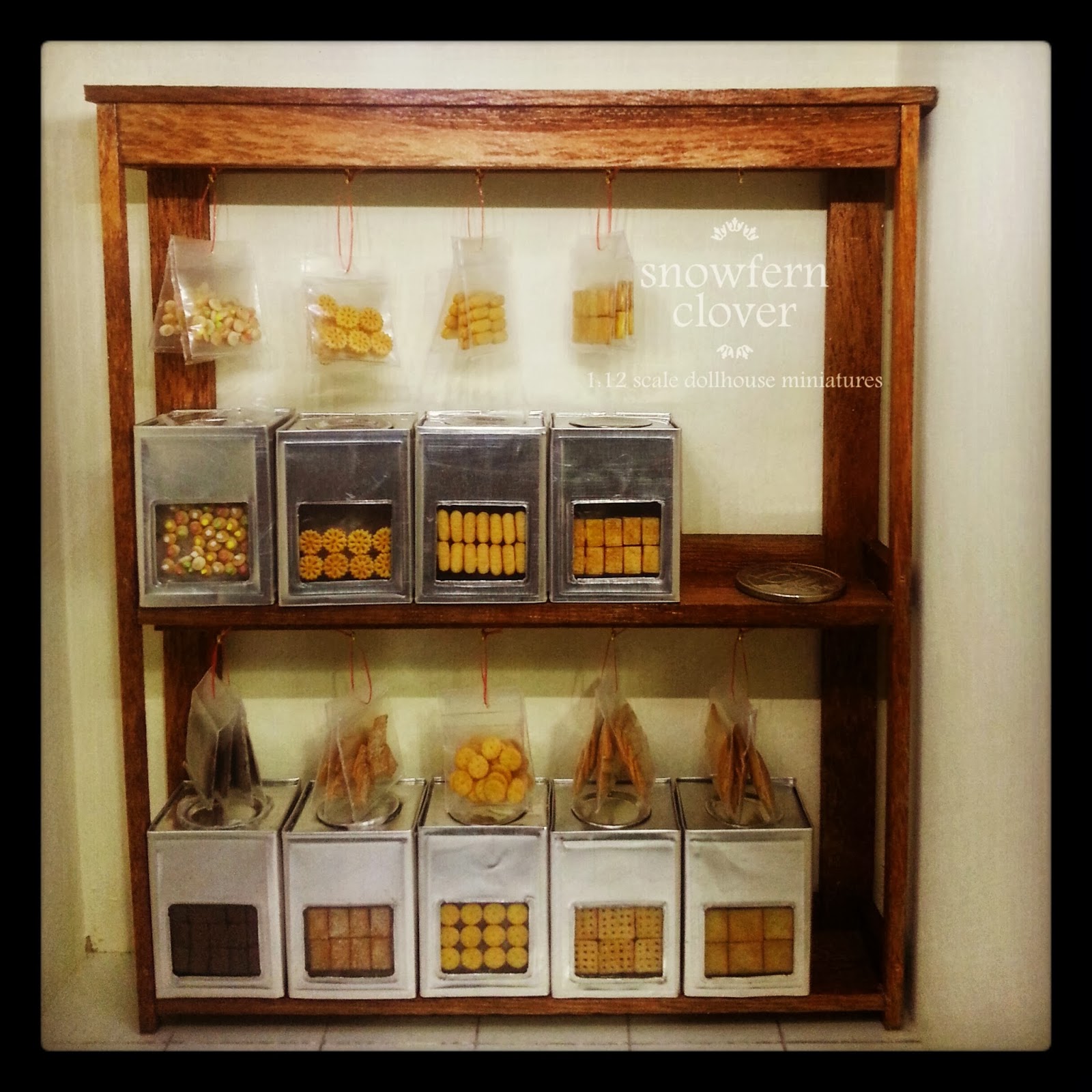 It's all coming together! AND, this is the 401st post on this blog :O AAAND, tomorrow will be the eve of Chinese New Year, am looking forward to the reunion dinner steamboat with everyone ^ ^ 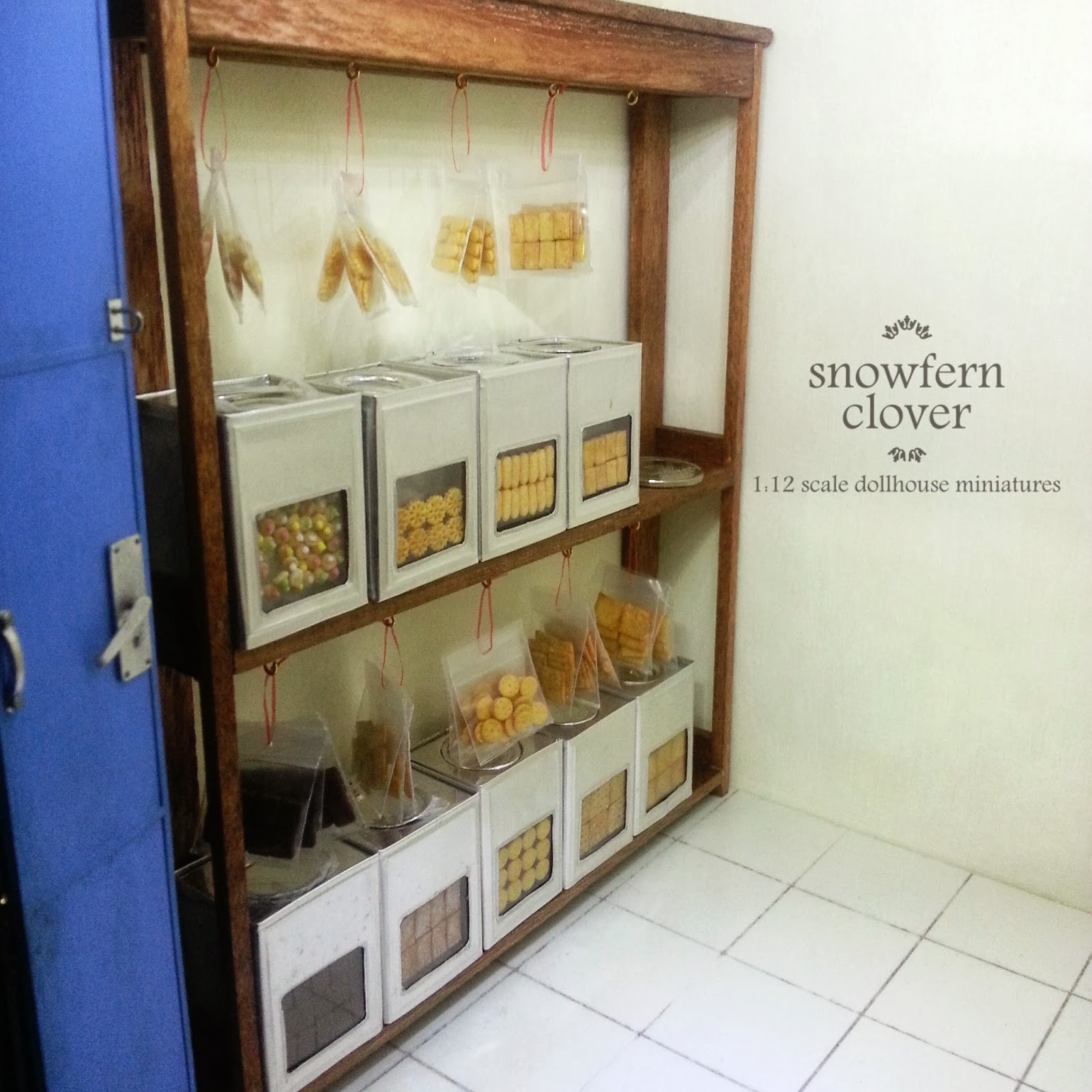 This is probably going to be the final position of the shelf, though it's quite undecided at this point. Might not even glue it down.....hrmm. gah. 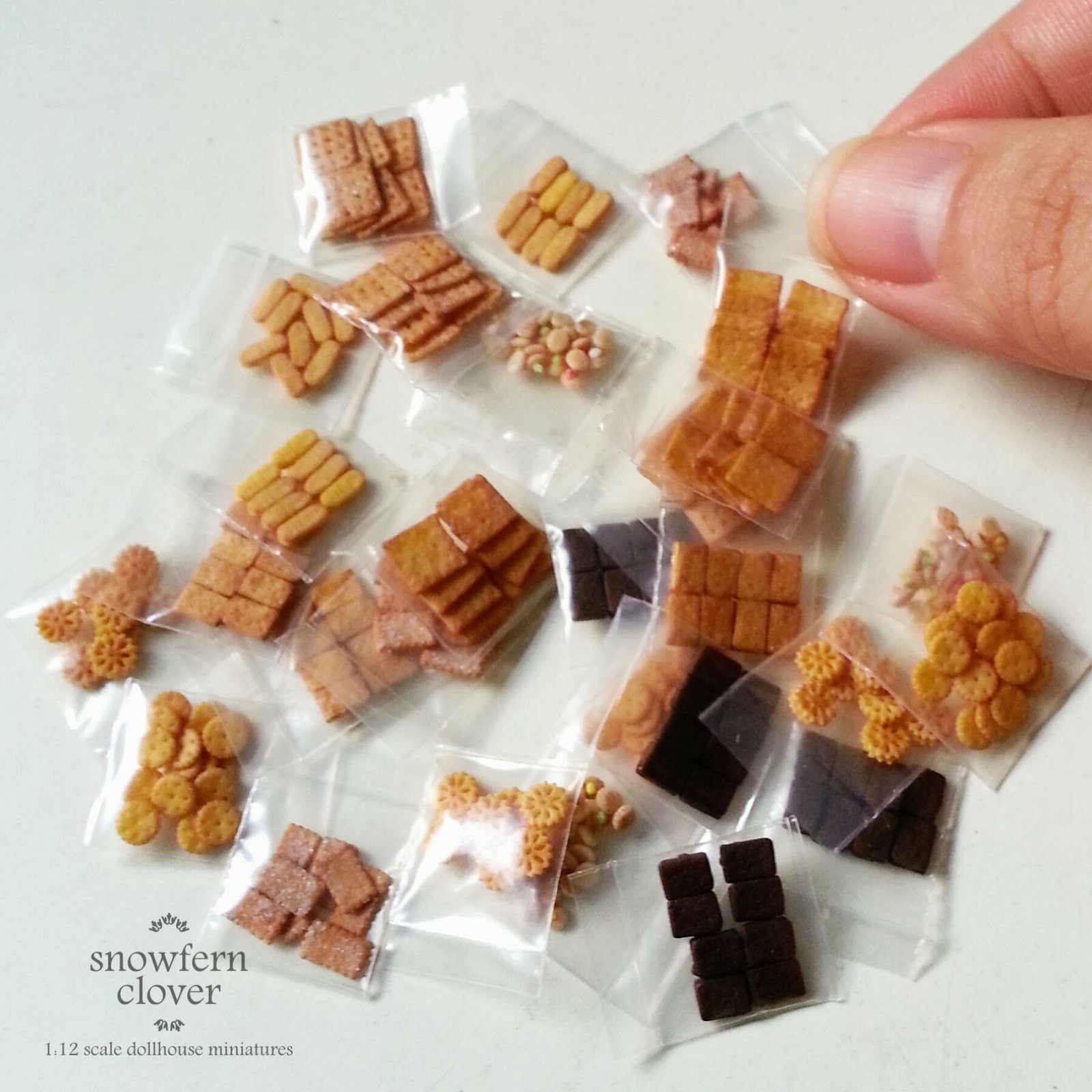 A look at all the packaged biccies.  I get asked alot how I do this, well, my usual response is, please refer to my FAQ :X 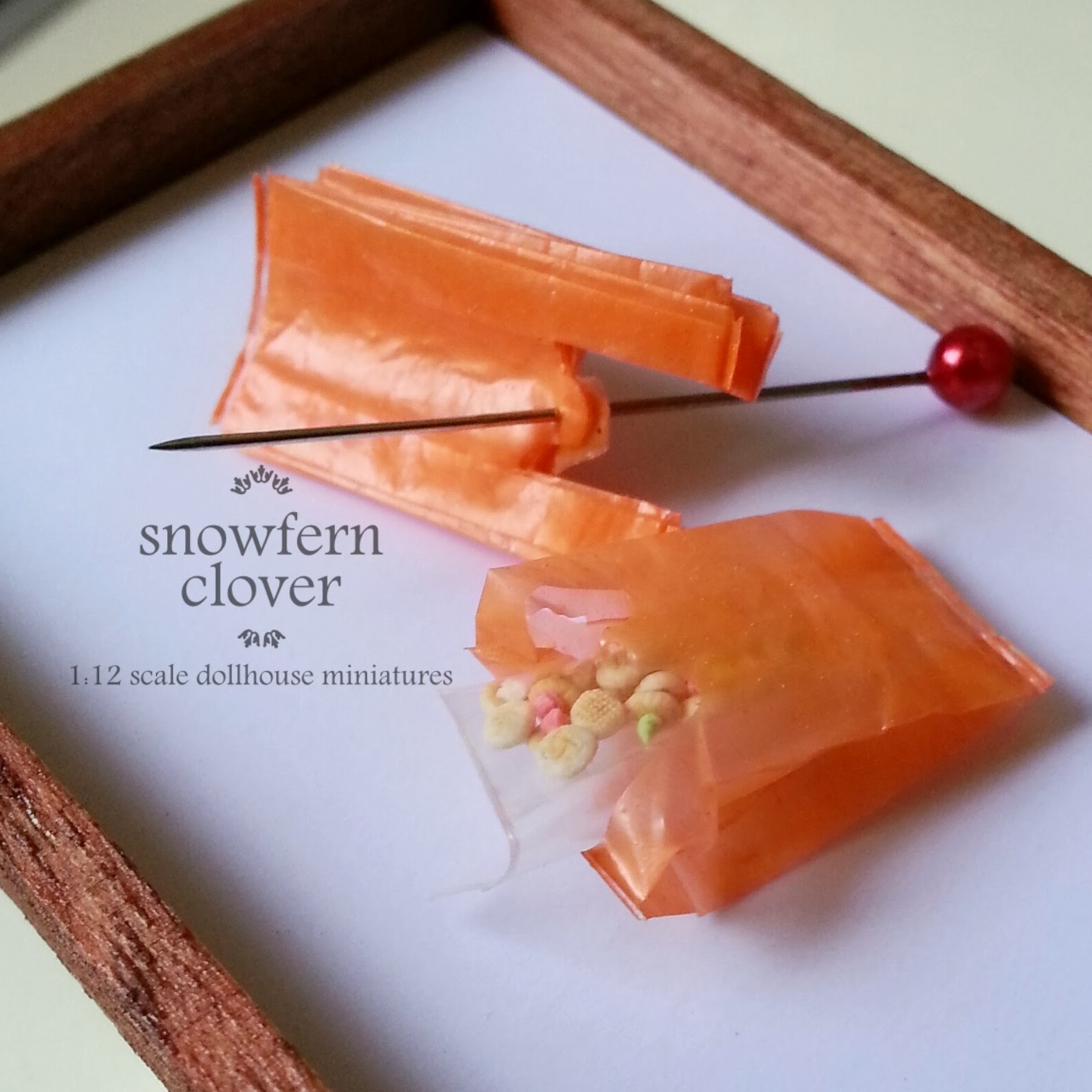 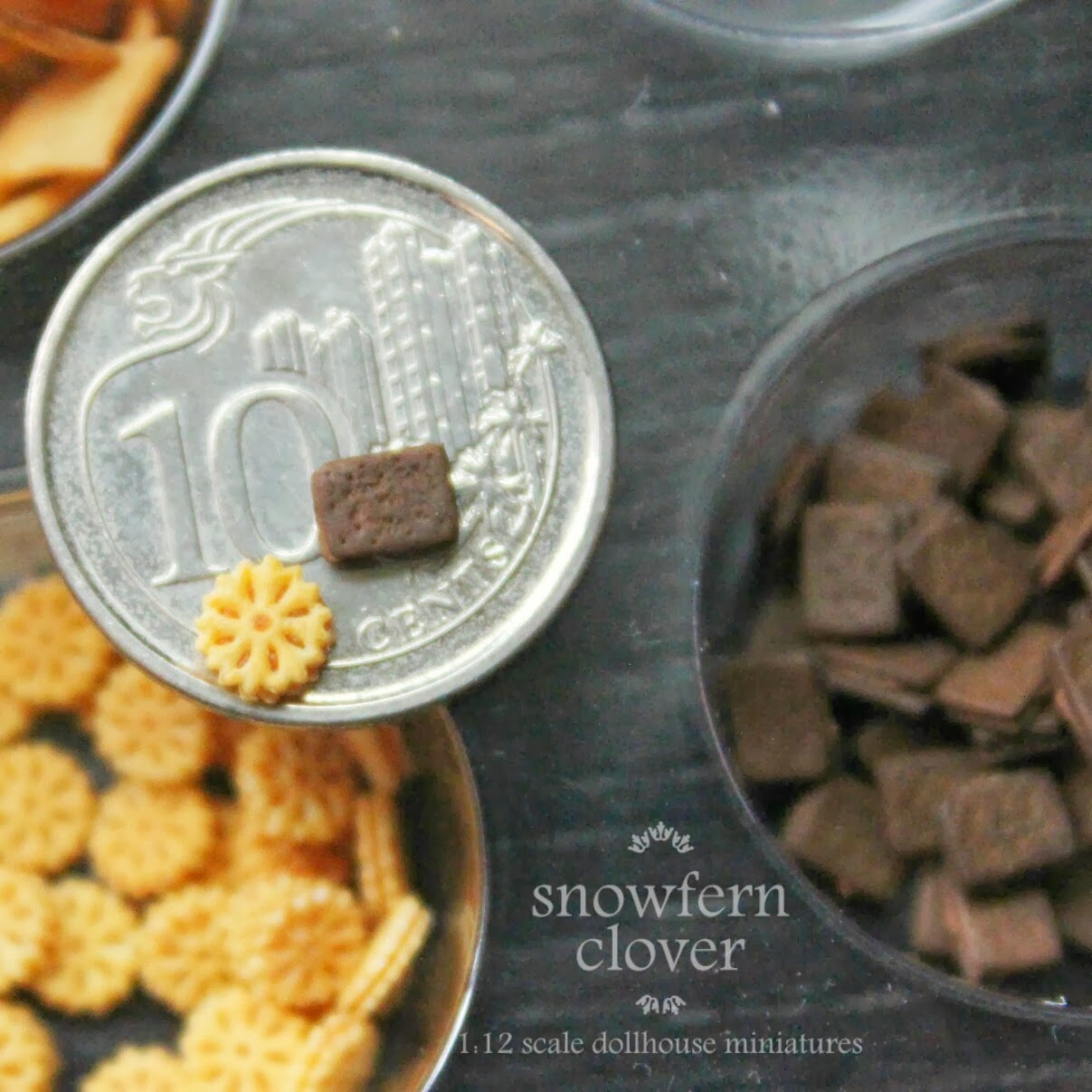 the pineapple jam could be a little darker, but it looks pretty like this....am a little torn about it haha! maybe a different batch in the future.....sigh. 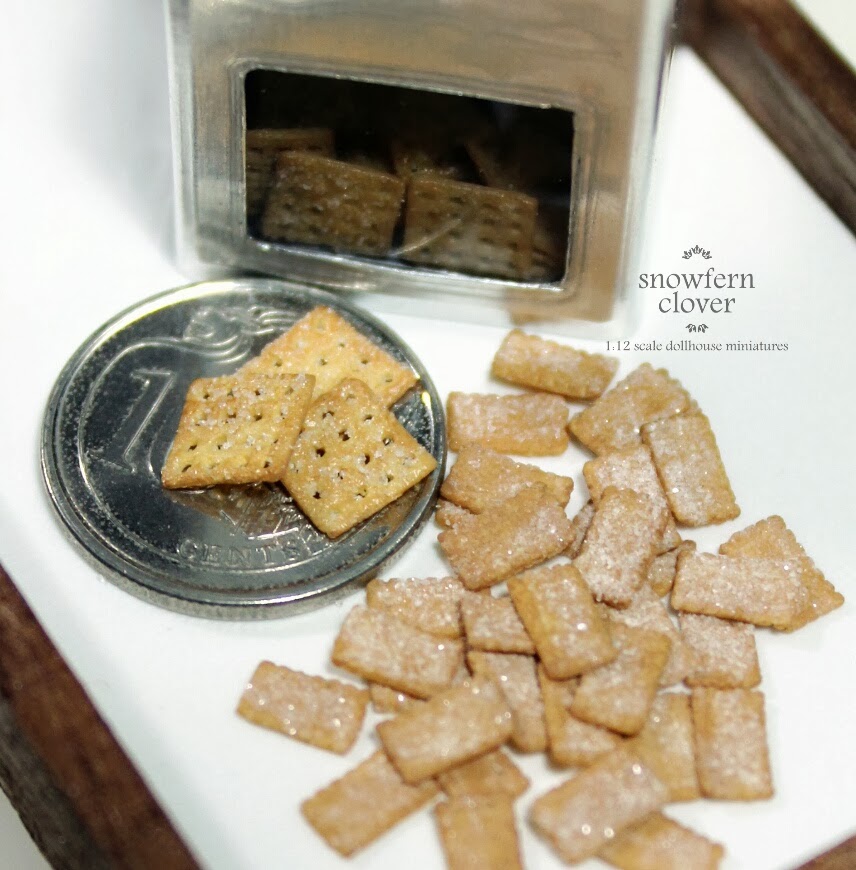 and then there's the sugar coated crackers, which IIRC are my cousin's fave ^_^ the ones on the right are supposed to be butter coconut biscuits. Might have gone a little overboard with the sugar...hiaks. 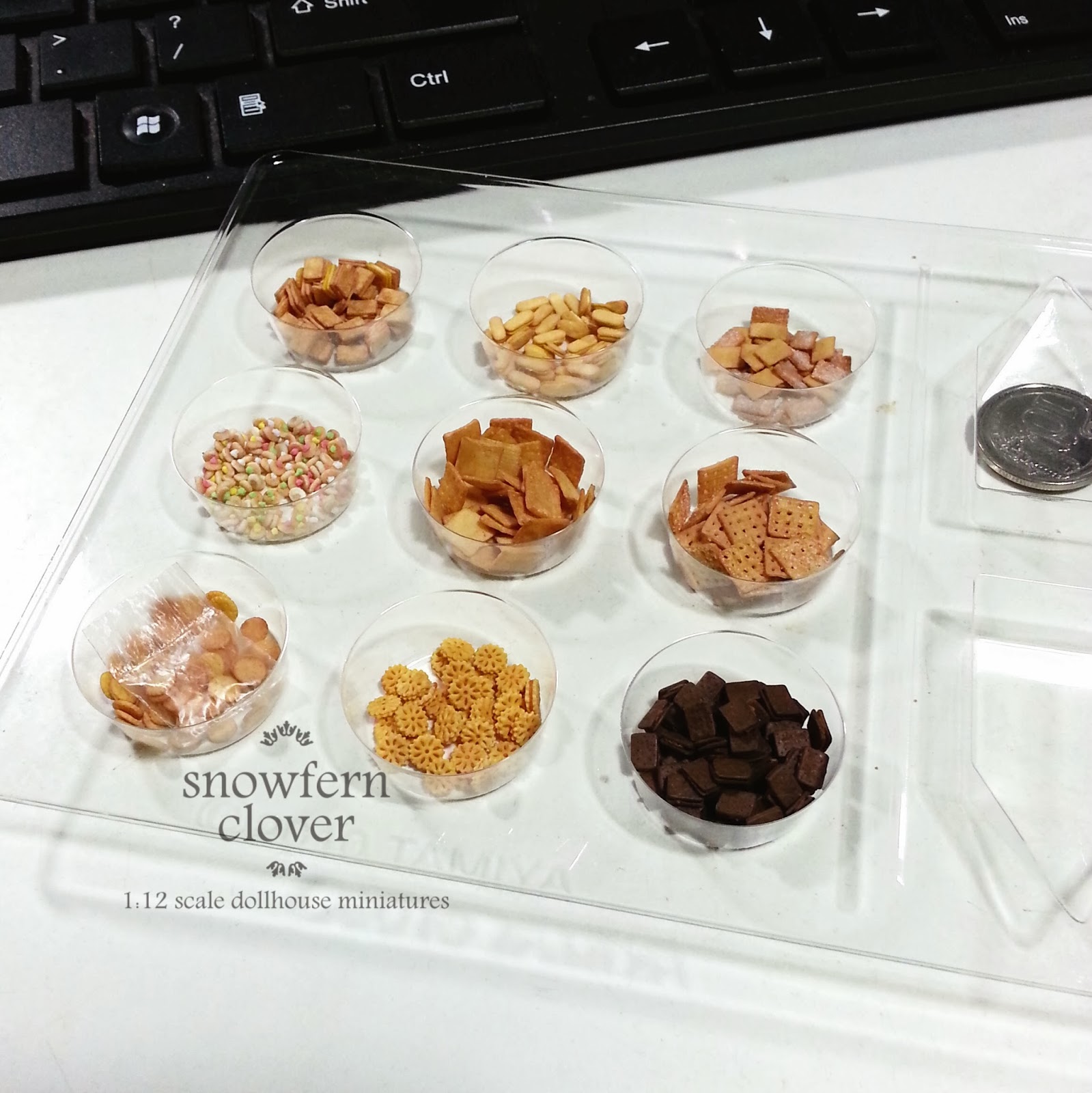 Here's progress this far. I have 3 more biscuits in mind, but they're the hardest to sculpt so I think it's time to take a break and start packaging these. :)

wonder how many biscuits there are here...almost 800 maybe? do sandwich biscuits count as 2? :P
Posted by Unknown at 9:13 PM 3 comments: 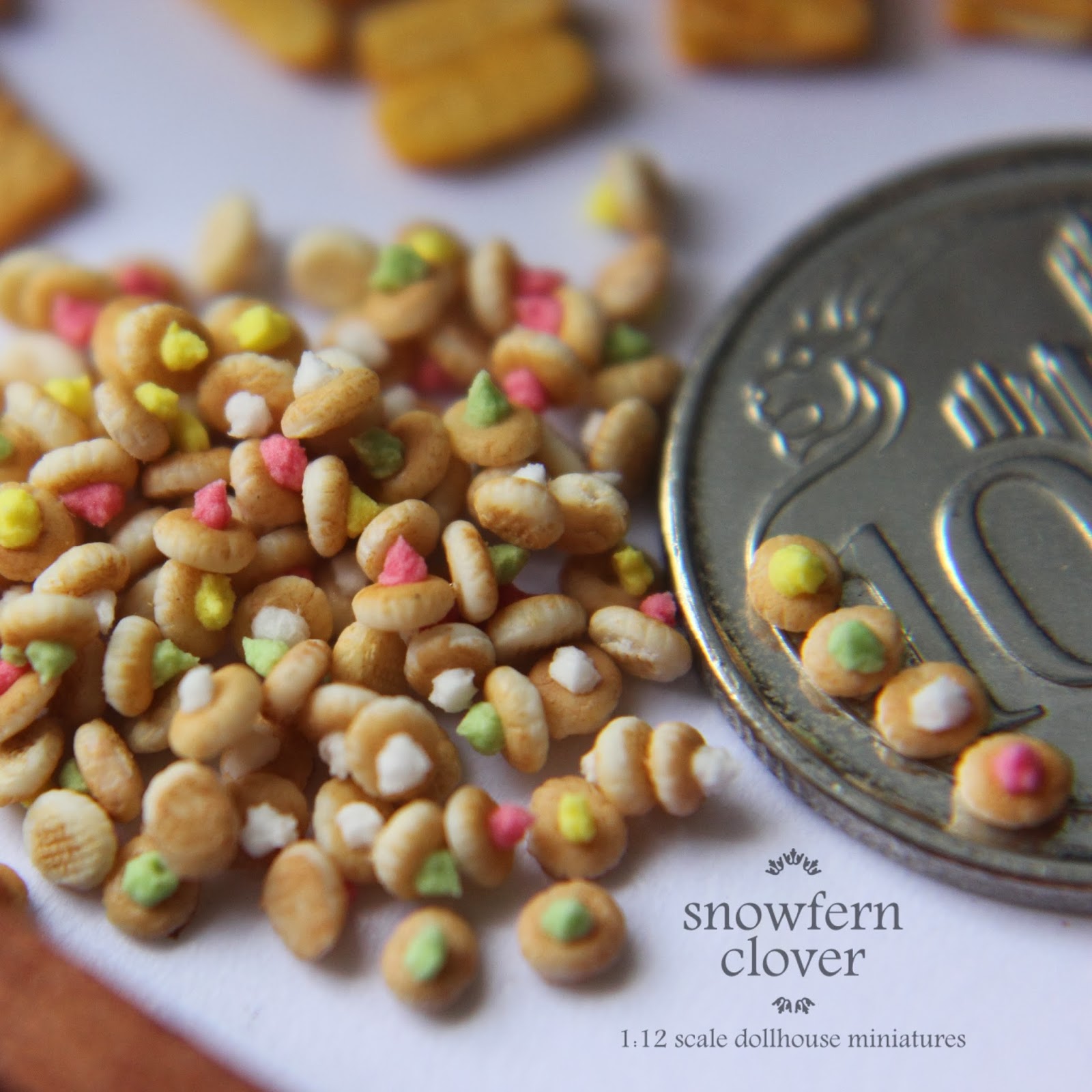 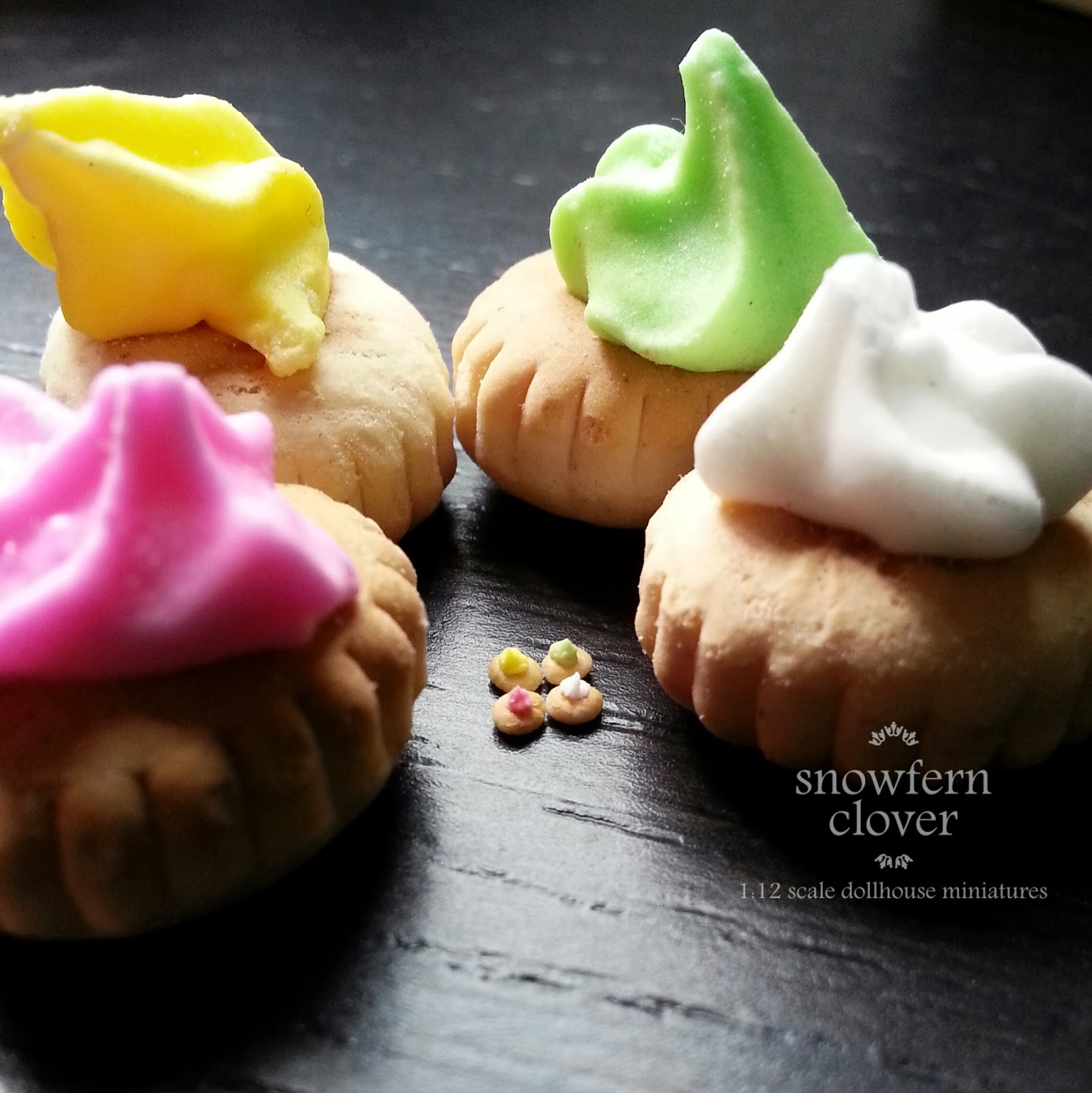 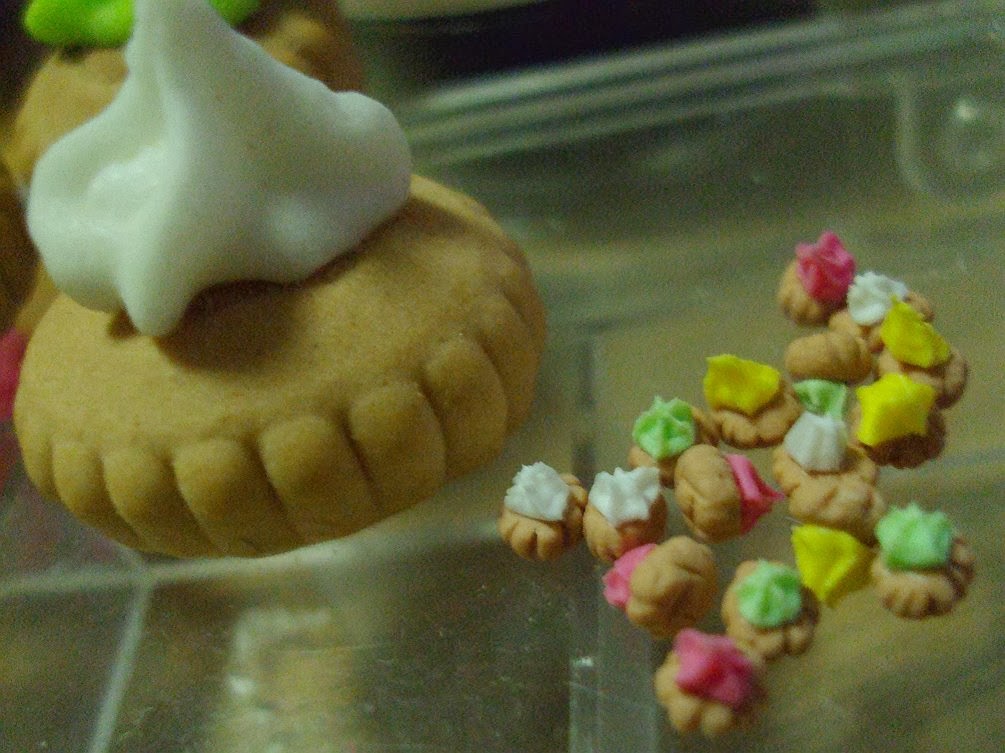 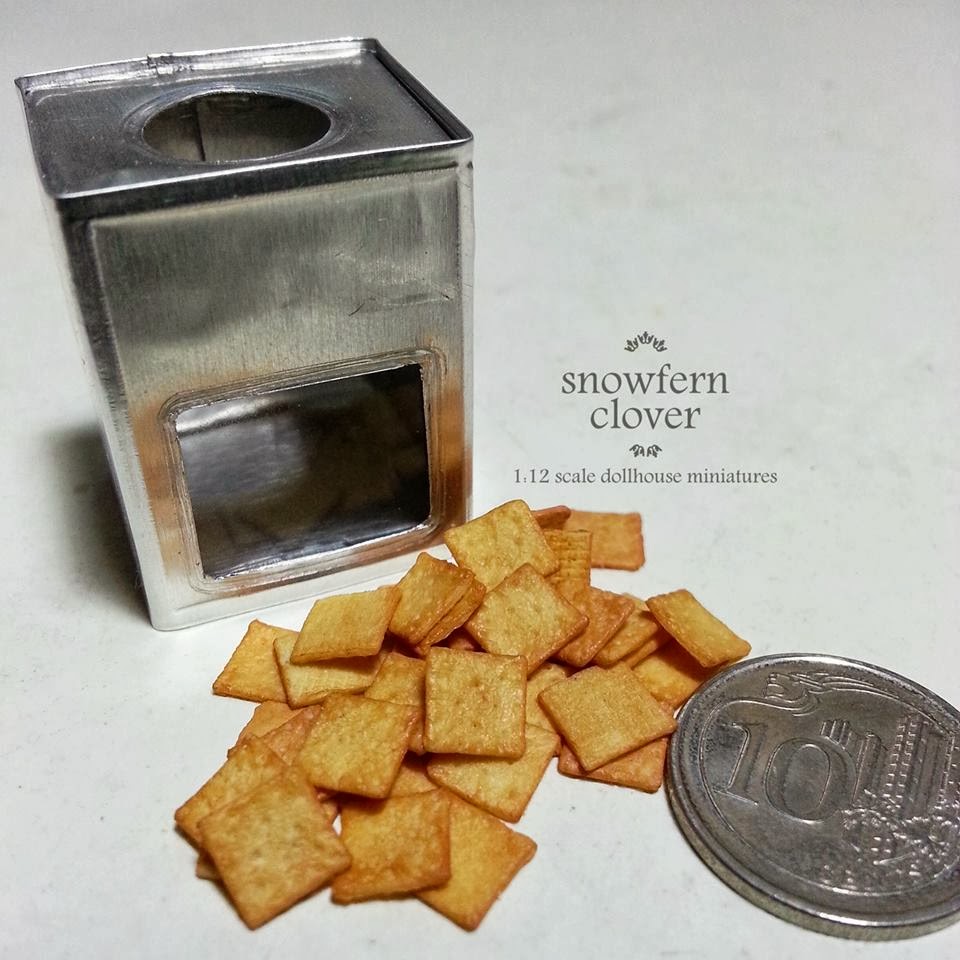 
Click for a larger image. It's not very evident here, but I did attempt to put the actual words on these sandwich biscuits.....as humanly possible as I could without a magnifier, had to take my glasses off for this task! *squints* 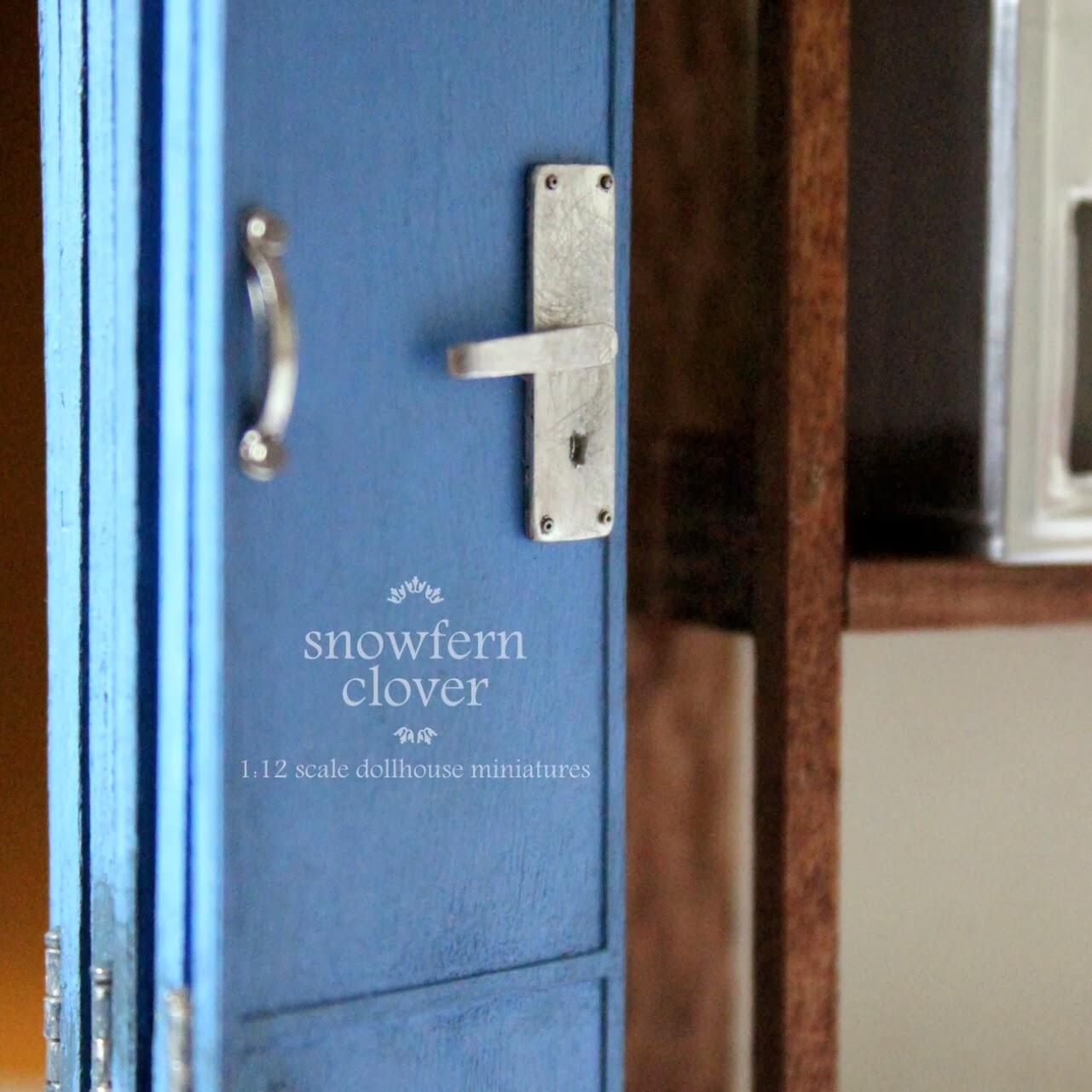 Also, a more detailed photo of the door handle..... 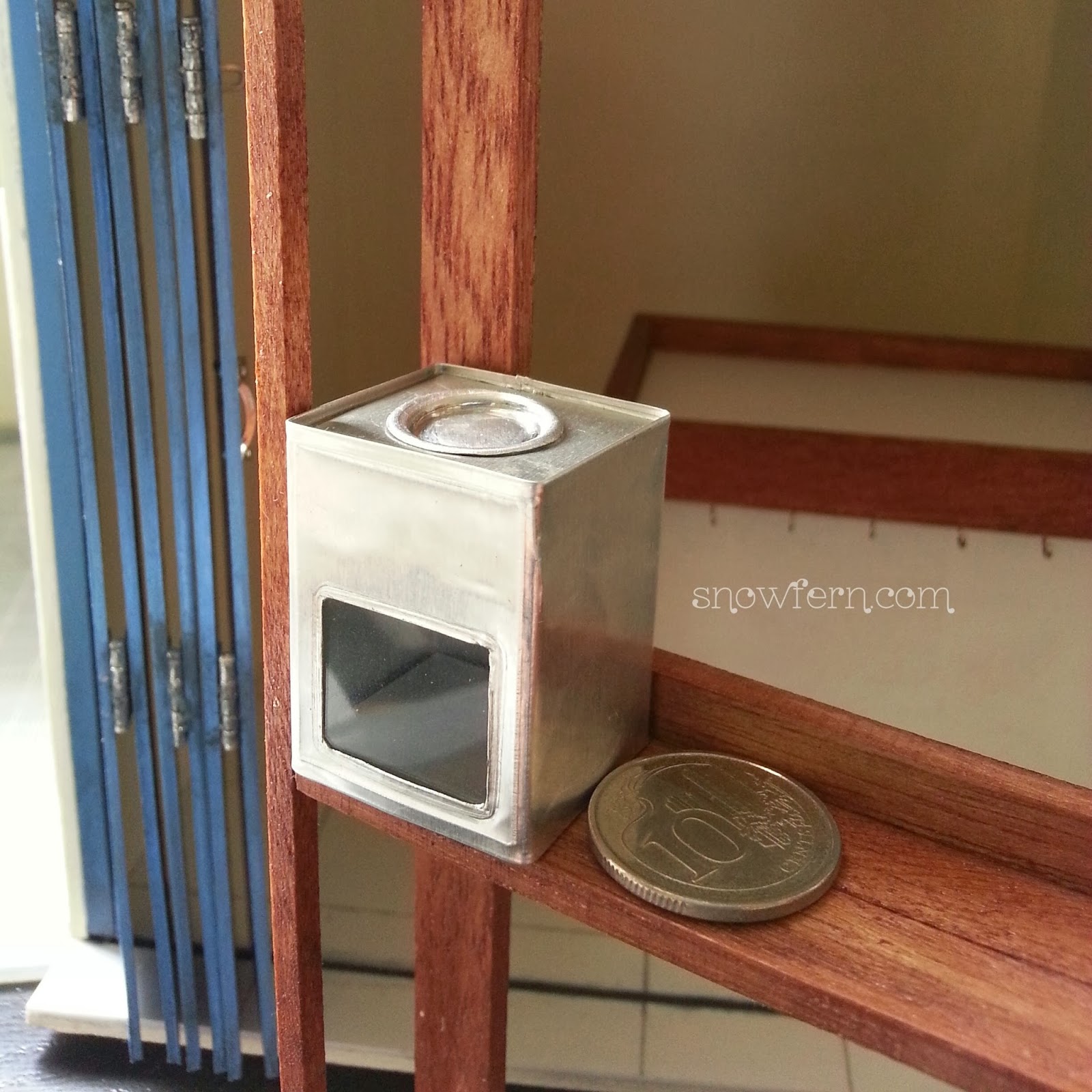 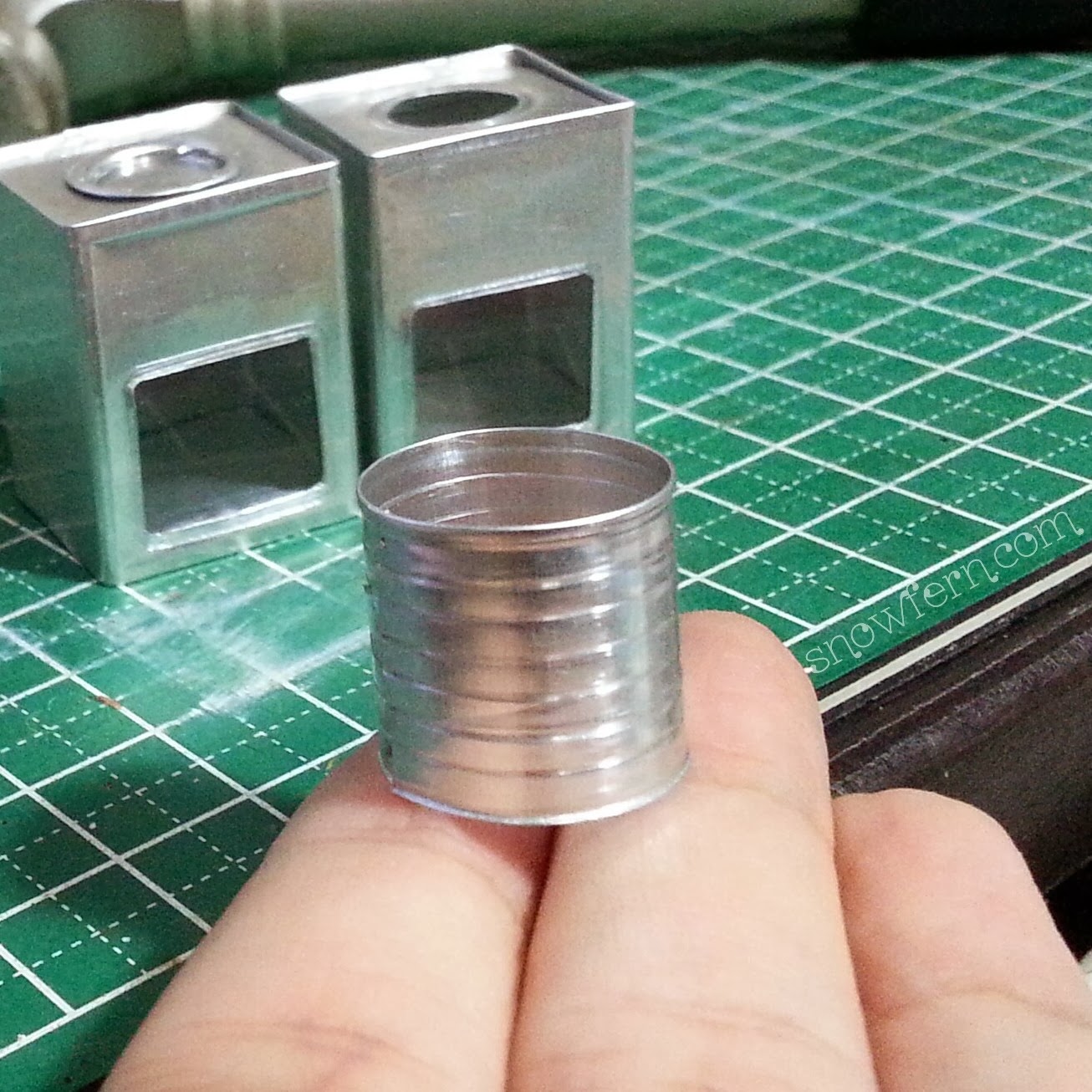 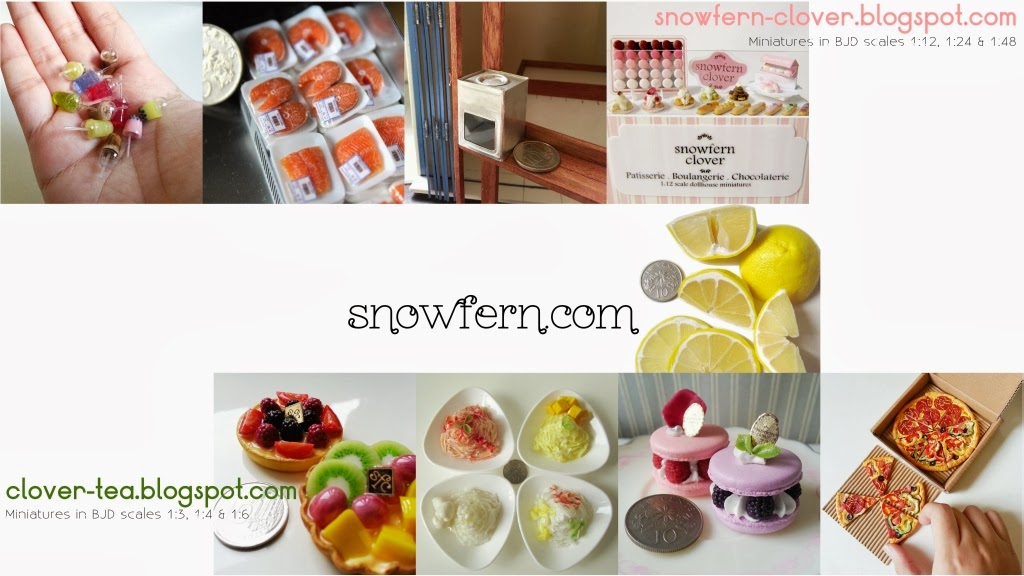 2014 happened so soon :O and in a couple of weeks it will be Chinese New Year! This is what I've managed so far, 1:12 wise. I'm blogging via the android blogger app for the first time, and it seems a little....difficult to adjust the photo layouts, but let's see how it goes.

The hinges were made with 0.3mm thick aluminum sheets and stainless steel pins. They were the most time consuming, and the doors out of styrene sheets of varying thicknesses. There are at least 4 layers of acrylic paints in 3 different shades of blue, I wanted it to look used but not decrepit.

I might re-do the door handle, forgot to add the keyhole until after I put it in place, durr. *smacks forehead*

Also, probably did this bass ackwards again, door before the structure, but my lights hadn't arrived yet and this door is an important feature,  so I got impatient hurhurhur.

Can you guess what this will be part of? ;) 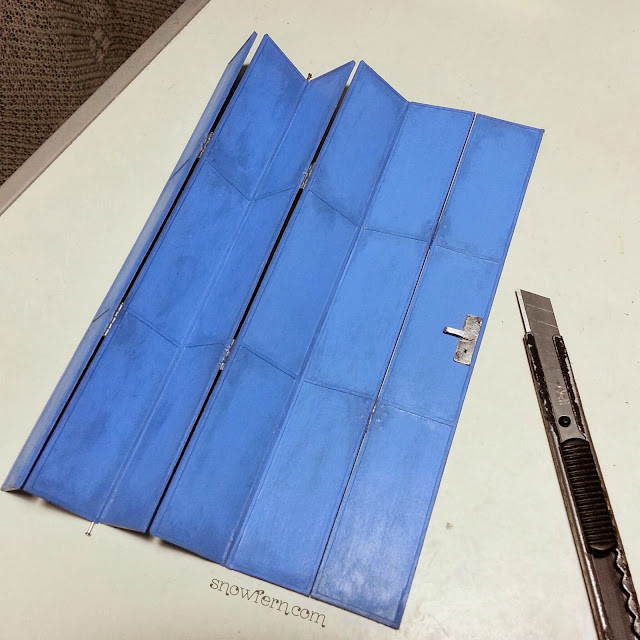 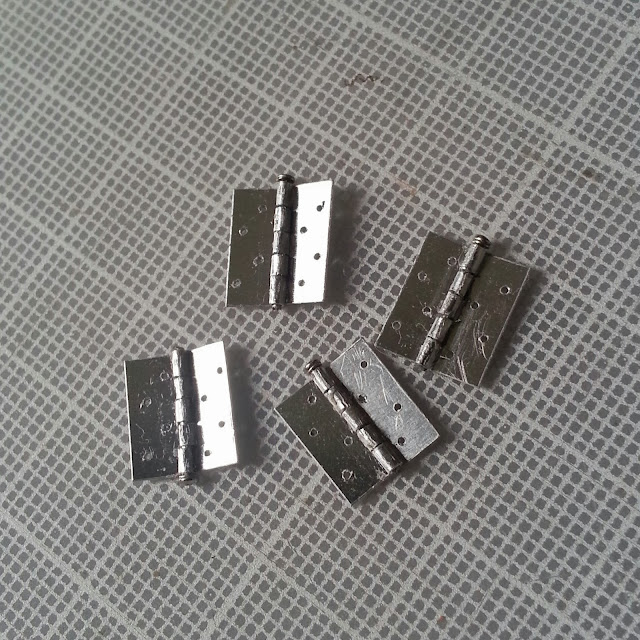