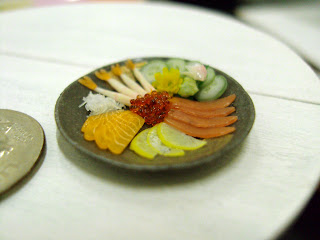 this was a test shot taken my first week at the office (last week). tweaked it a little with IrfanView, gonna try and set up a photoshoot area too. the office lighting is far superior to the one i have in my room, so i'm (reluctantly) excited about the prospect of taking better photos.....when i get round to it :P 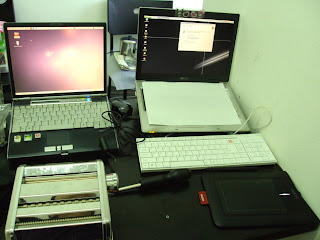 i'd decided it was time for my waaay overdue annual formatting of the laptop. about ...4 years overdue :P it got infected recently with a nasty and persistent virus that infected every external HDD. i don't know how i got it, even AVG couldn't detect nor remove it, bf came up with a brilliant solution of utilizing an even older laptop which has UBUNTU installed as its OS. i formatted at least 4 thumbdrives, my camera (yes even that got infected grrr) and of course, my trusty laptop (seen above on the right, installing its umpteenth update i think). debated over whether i should have used ubuntu this time round, but opted against it since it'd be really troublesome when it comes to flash and other little entertainment stuff that i use the laptop for when i'm working on minis...so it's back to the restoration disc and back to winXP. i know, i know, i'm pretty outdated but i really like winXP (whines).
the pasta machine was kindly donated by my cousin (THANK YOU!) and i took it apart to remove the little attachments which i know i wouldn't use, as well as give it a cleaning. i have since worked on a really little bit of polymer clay (hangs head in shame) but in my defense, there really was a lot of moving and packing to do!! all those materials...gahh i'm still sorting and packing them -_-" 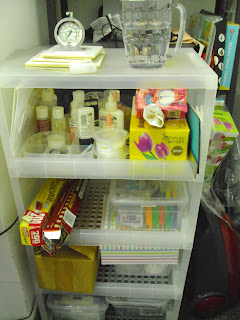 even had to bring my trusty little caddy over. i'm really fond of clear/translucent white plastic containers :X 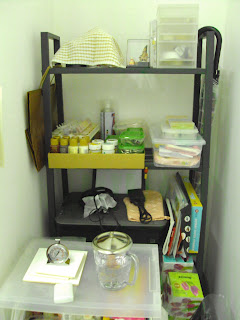 and the back shelf, which is holding a whole lotta stuff i've yet to sort out still....and it's been over a week since i've 'settled in' blehhhhhh

am also going to try and list more items, undecided on where i should list them, am still installing updates, my stupid fonts aren't getting updated, so any graphic work is being delayed as i attempt to fix the issues. meanwhile, here's a sneak preview on what you can expect to see once i get things sorted out, might even set up my own shopping cart if i can concentrate for periods of more than 40 mins at a go (the average length of each episode of 'Damages' LOL) 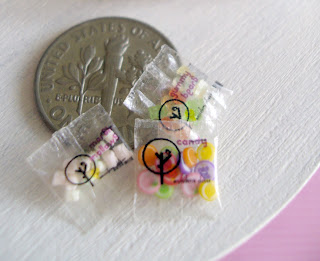 Email ThisBlogThis!Share to TwitterShare to FacebookShare to Pinterest
Labels: 1:12 miniatures 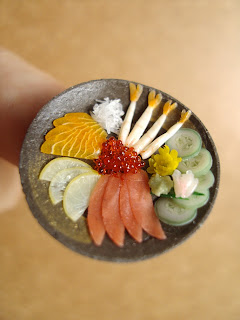 have had rather bad cravings for japanese food lately, i wonder why HRMMMMMMMMMMMMMM :P 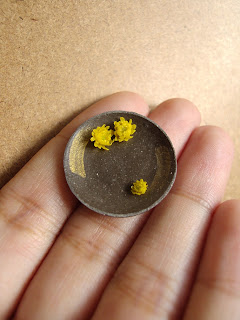 i tried out a new clay for the 'stoneware', it's "Tebineri Clay" which is according to the website, is a pottery polymer clay. essentially, you work it like you would air dry clay (or real pottery clay i suppose, but ionos cos i've never worked with 'actual' pottery clay before), let dry before baking at 160 deg celcius. working with it is tricky, cos it dries really fast in this climate, but even when dry is really brittle, however after baking, it's waterproof and quite sturdy. 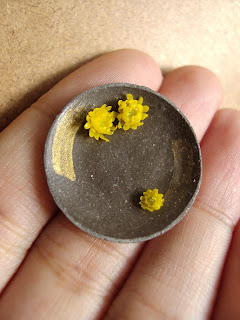 of course it's not as strong as ceramic or pottery would be, i'd say it's about as sturdy as if you'd made a similar plate out of polymer clay. it's a clay i could definitely work with alot as it combines my fave properties of both air dry and polymer clays. 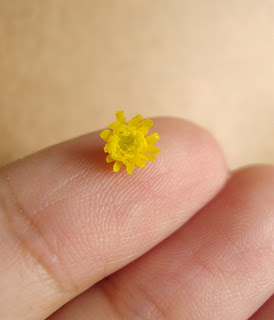 made this chrysanthemum out of FIMO polymer clay. very fiddly and after making just 2 teeny and 2 larger ones my hands cramped up LOL 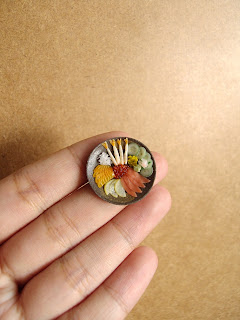 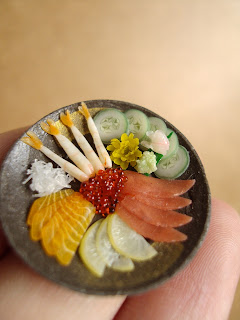 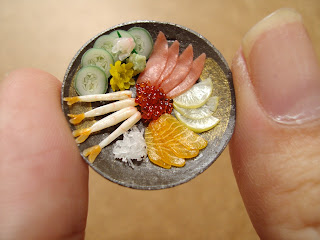 can't tell you how pleased i am with how it turned out ^ ^ of course me being my worst critic, there are multiple areas which i can improve upon....*mutters* next, WHOLE FISH *shudders*

on the personal front, the workshops are over~! some of you may have already viewed the pictures over on my facebook...not gonna link it cos double chins aren't all that attractive (maybe i should grow a beard to hide mine) but i'm so happy to see photos of my students enjoying the classes :) judging is this saturday, i'll try to remember to take photos hee hee. also, Crystarlia has taken more beautiful pictures of her dolls with some of my works ^ ^ you can view them in her flickr stream!