so....i've been a little....hesitant (?) about making fish. firstly, i don't enjoy eating it much. secondly, it seems like a lot of hard work. AND IT IS. thirdly, it would require i pick up a paintbrush, and those who read this blog regularly would know i am fearful of painting. anything. even my toenails.

so here i present to you, my first attempts at fish.

the larger one on the left is supposed to be Saba, i think it is the most successful of the lot. i did one of the shisamo (on the right) first. i would take a better pic, but my cam ran low on battery power. RAWRRRRRRRRRRRRRRRRRRRRRRR!!!!!!!!! i then decided to do a pair of shisamo to see if i could replicate it, since my attempts at molding it were unsuccessful. yeah. they have no eyes. cos i ate them! nono, cos i wasn't sure how to make them, and thought i'd fill them in later. but i think they're ok too....maybe? 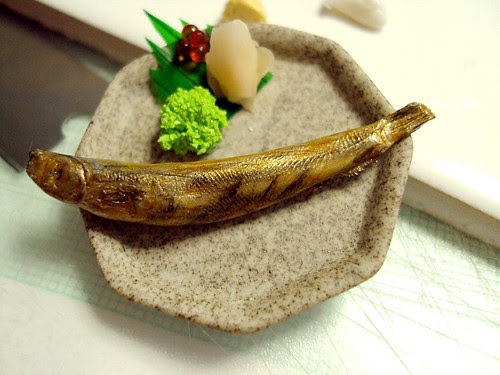 so since i'm on a roll here..i'd decided to attempt one in 1:3 too. this shisamo is about 4cm long. man. what a disaster LOL! again, i will try to take a better pic once the battery has recharged. it's got a better sheen than what is captured here, and i'm rather proud of my first four fishies!

the 1:12 fishies will be part of a trade i'd promised Yuki/Amatheria since gosh. last Nov maybe? I vaguely recall offering to send him some washi paper....then TDA came along and i got caught up, then commissions came along and some other swaps....and since he said it was no rush i'd lumbered along and and....eeps. SORRY! so here are the items i've made today, i specially put aside some time to complete the set. he'd wanted japanese foods, all sorts, and since i'm totally unimaginative, i decided to simply make some basic japanese items. i probably will add a bowl of rice, and maybe a miso soup, if he doesn't already have those items. not sure though, we'll see :) meanwhile, enjoy the pics, and as always CONSTRUCTIVE criticisms are welcome! i can take a hit, or two....and yea i know about the eyes already so.... 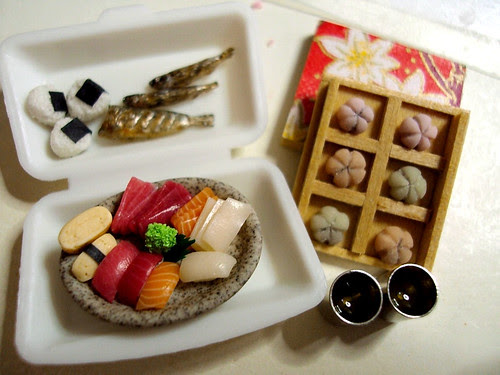 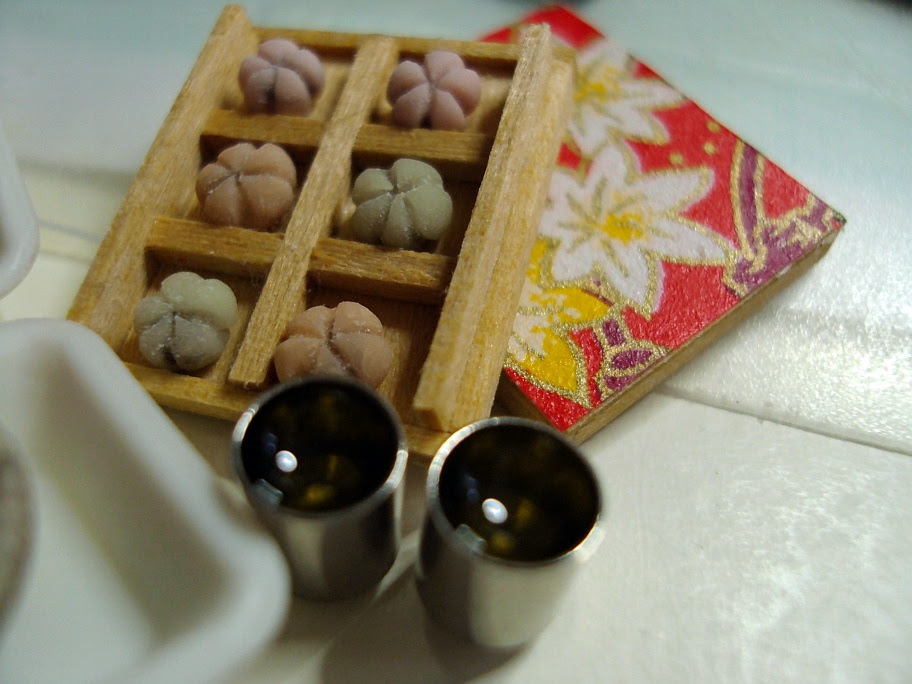 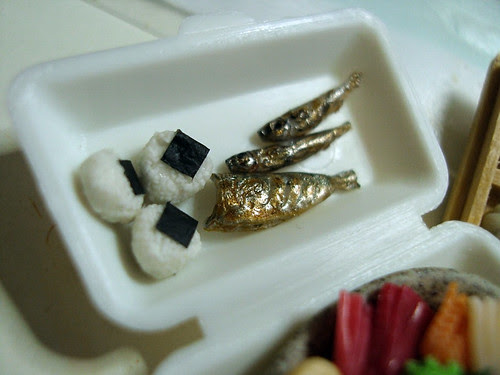 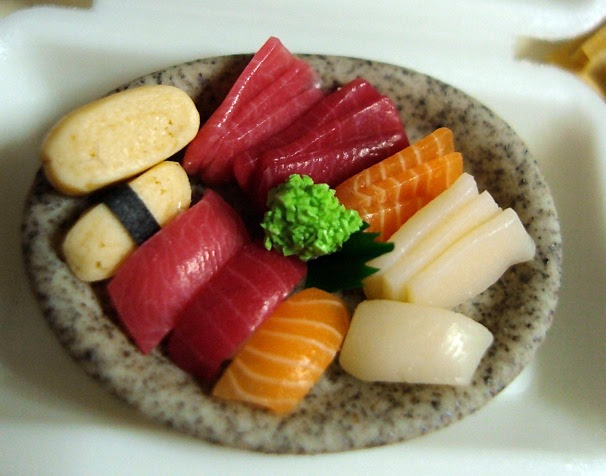 i definitely will attempt making more fish in the future. i think i've finally conquered my fear of painting foods. XD

oh. and remember that the giveaway is still on in my previous post ;)
Posted by Unknown at 6:03 PM