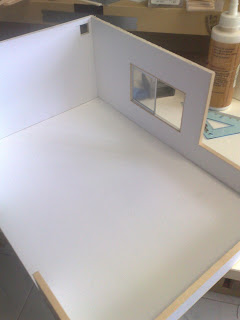 The bakery structure is almost done :) All i have left to do is put in the display windows and the front door....I had wanted the back wall to be removeable so i could make this more modular and easier to photograph, but judging from the time left, i will have to abandon that idea :(

ah well. no matter. i know this project will grow a little more after the deadline anyway :) I suspect it will be a neverending piece XD 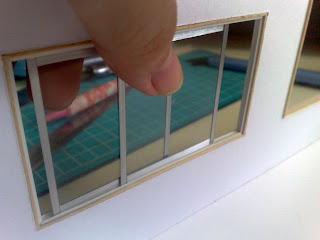 so the cardstock idea was a bad one. it was too thick if i were to include the 0.2mm pvc sheet, so i abandoned the white window frame idea and went with a metal one (which i like better!) the windows are removeable cos the PVC sheets are flexible, as is the metal sticker (DAISO!). 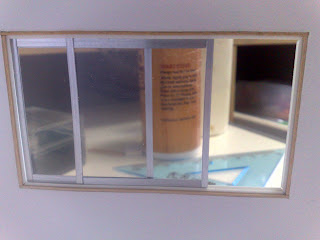 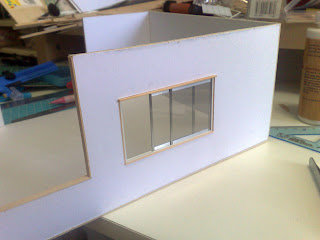 view from the outside 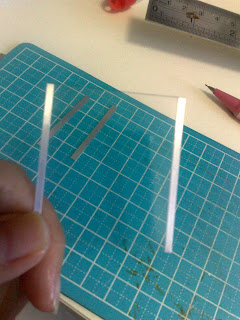 didn't do much else, catching up with orders and such. moving on to the roof next, i hope i have time to do some lighting by the end of the week. and then i can hunker down and work on the decorating stuff. i'm liking black more and more since there's a metallic element (or more ;) ) ....i hope it doesn't become too goth or industrial!!! -_-"""