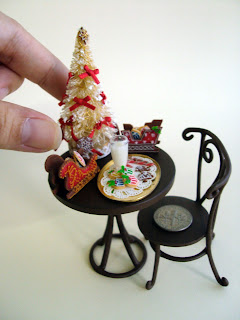 table and chair from Revoltech's Professor Layton set ^ ^ it's quite nicely scaled for 1:12, 'cept that Prof Layton must have really short legs ;P 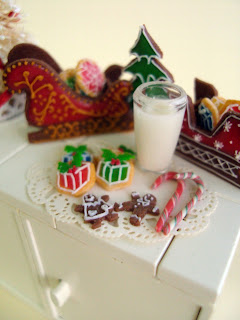 Let's give Santa a snack break :) 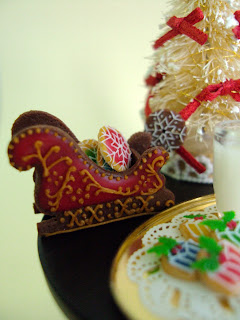 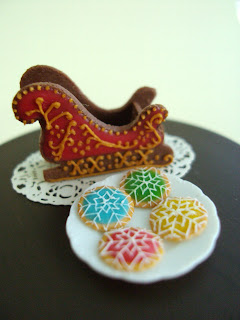 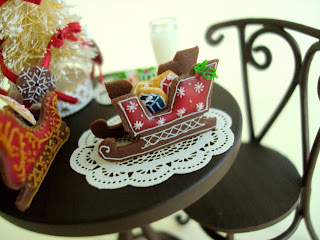 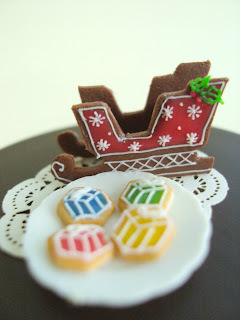 I made these sleighs and cookies around this time last year, and they sold pretty quickly, but i don't remember why i didn't list more (probably due to lack of time for international shipping) so they hung around until this year :P I finally assembled some items, and am coming up with a new range, which as i've mentioned before (in very very fine print) probably won't be ready in time for Christmas 2011 T-T 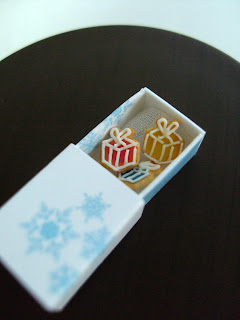 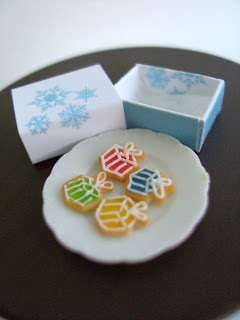 or maybe something more modern looking? these will arrive in my new snowflakes box designs ^ ^ also available as printables! you can read about it in this 1st post i made today (ahhh 3 posts in a day!!!) 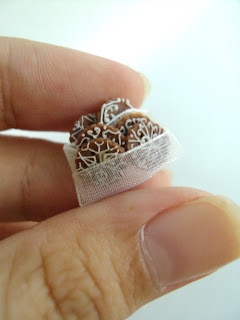 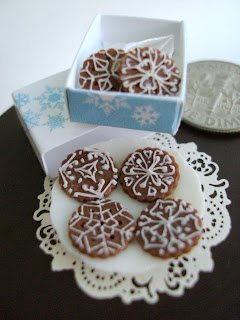 i love eating gingerbread cookies, they're bound to give me a sore throat though :( 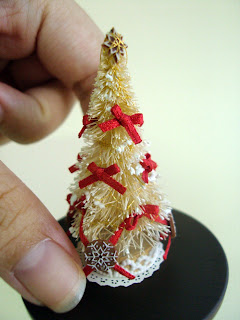 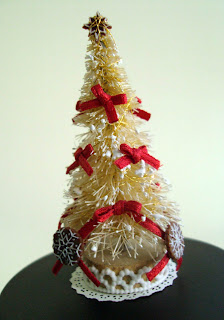 but it's ok if you leave them as decorations on a tree? o.O our climate wouldn't allow for it though! XD

You can view more closeups and pics etc on my Etsy :) 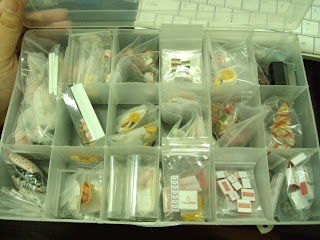 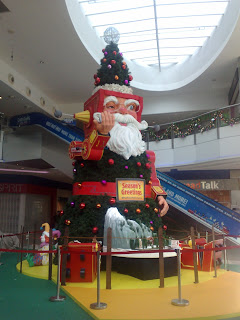 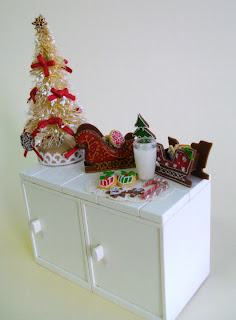 does the cupboard look familiar to you? :P thanks to theShoppingSherpa who alerted me to it, and Talina who suggested a swap for them! my items are still not ready for her yet *face heats up* but i hope to get to the graphics after i finish this post ^ ^

she's sent me LOADS more stuff, but i don't have time to sort it out just yet, trying to clear my table of all the WIP and there's other stuff going on...like this advent calendar at minitreasures wiki... and of course the I'm a giant challenge.....it's always a little hectic around this time of the year, but i enjoy it! 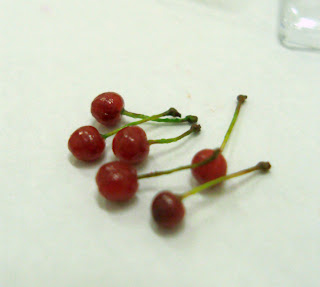 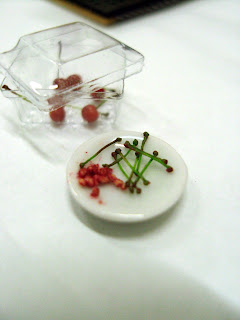 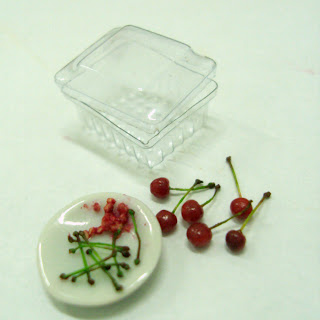 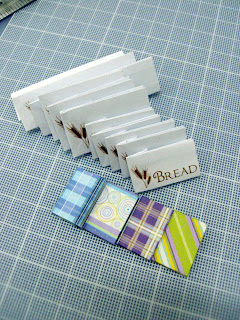 although they're not sent to her yet, i've already sent her pics of  her swap parcel, so i thought i'd put them here since i really enjoyed making them too ^ ^ i love eating cherries as well! she asked for a few cherries and i promised to make her some cherry pits....then thought HRMMM there ought to be cherry stalks too....and now that i'm re-examining it, i go to "hrmm there ought to be one with a knotted stalk...."....see my brain just is never satisfied!!! :( hrgnngh.

there's more to make yet, i've initiated another swap, i'm not sure what it is but since i don't celebrate christmas, participating in swaps makes me feel more included in the festivities and giveaways and swaps and such going around blogland. i often feel like i'm lagging behind on the latest news and updates so imma have my own sort of fun *petulant pouts* yea i don't think i'll ever 'mature' :S :P i do so wish i were part of more swaps, but given my limitations i need to pace myself. :( so much to do so little time!!!! and here i am still whining away the time!!!! 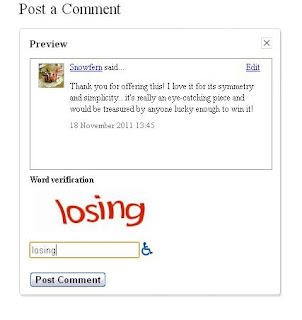 speaking of giveaways.....i was going to participate in one and omg, look at the captcha T-T I WIN AT LOSING

oh and a reminder to those who haven't participated and who would like a chance, my giveaway ends on 1st Dec, please comment on the post itself here:

good luck to all!! 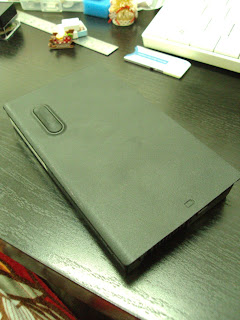 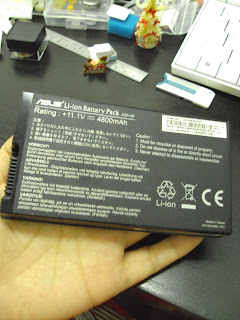 i mentioned in my previous post that my laptop died yesterday :( it's been a little wonky, turning off on its own whenever i over-exert my graphics card, so i thought it was probably (there're like a gabilliokillion reasons why a comp could go wrong) due to the overheating of the graphic card that was the issue, but after it blinked off for the umpteenth time last night, it wouldn't turn back on!!!! i was so worried about it that i woke up real early today thinking and planning how to retrieve the data from the HDD....but bf simply removed the battery and TA-DAH IT STARTED UP AGAIN WOOT WOOT.

makes me feel like i'm living on borrowed time, BUT NEVERMIND WHATEVER i'm HERE 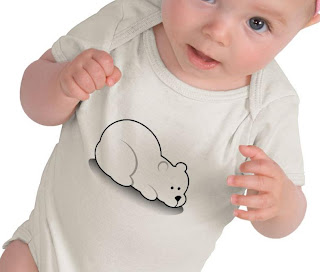 bf has been busy making some games, and he's made this cute little polar bear graphic!!! it's soooo adorable on this baby uh....'creeper'??? i was so pleasantly surprised by this simple and cute drawing, it's going to be in his latest game which he'll release soon, and i'll update about ;)

please show him some support by going to his Zazzle store! there are other merchandise there too, like t-shirts and caps for both kids and adults

it's also Thanksgiving for my American friends, which reminds me of a game he did last year..... it's a simple one, but quite fun :P

PHEW that was another long post! kk back to work......zzzzzzzzzzzzzzzzz
Posted by Unknown at 5:08 PM