Miniature Mamee and Kaka snacks from the Eighties - 1:12 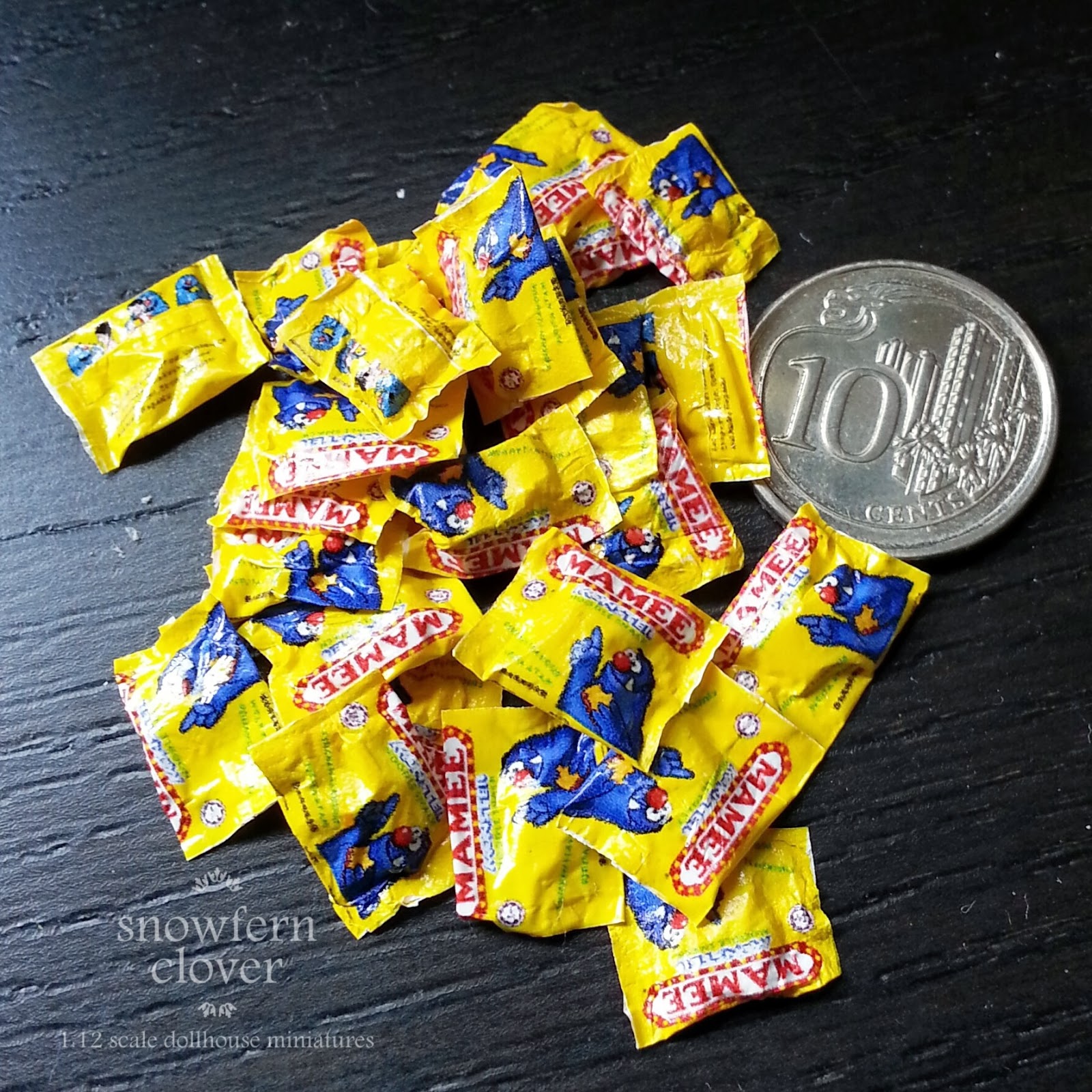 Of course I have updates for this 80s tidbit stall project :P I just found out that Mamee Monster Noodle Snacks are also available in Australia! Since I was unable to find an exact photo of the packaging, I had to rely on Google and my shoddy memory to draw these up. 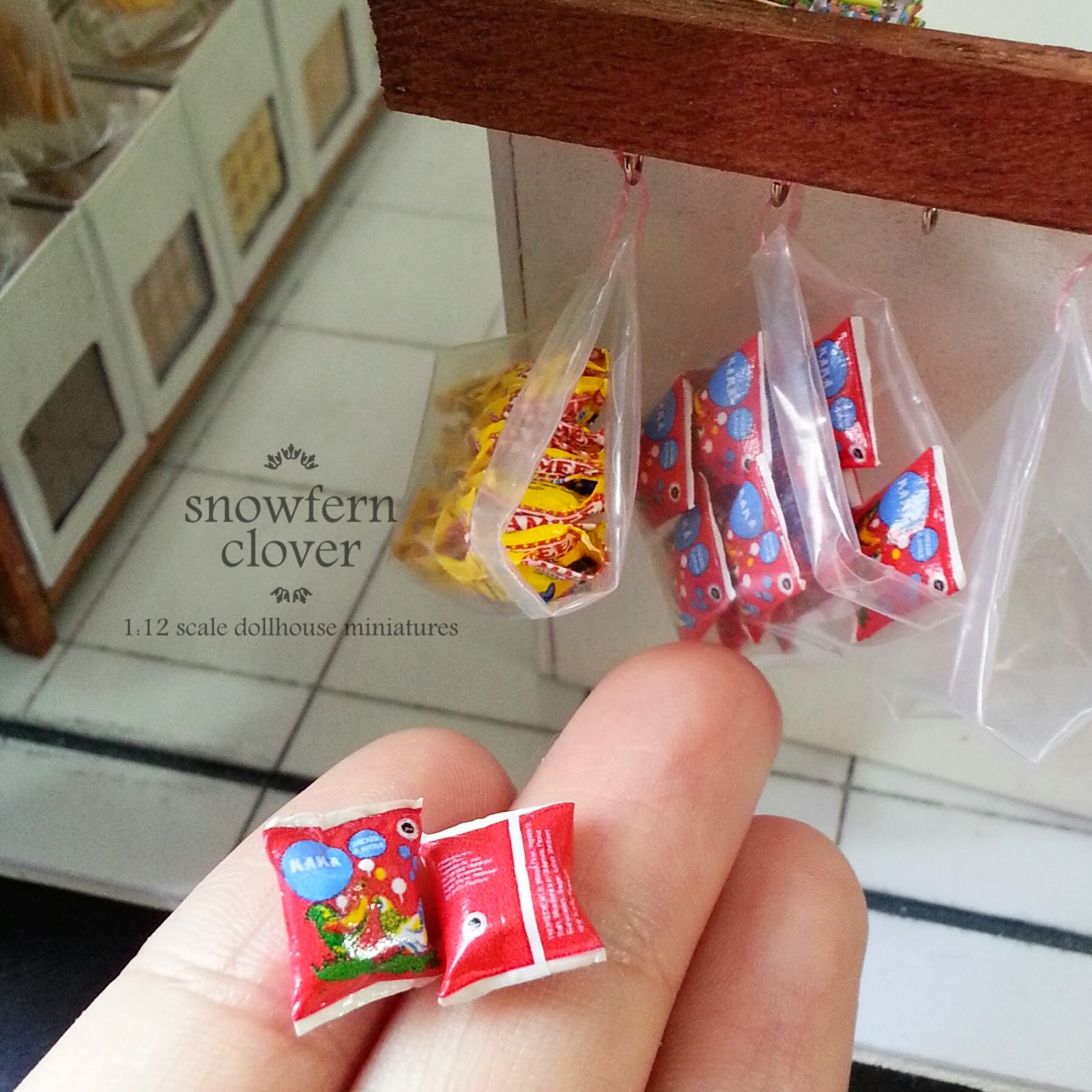 The same goes for these. I also know that 'kaka' is also slang for 'poop' in quite a number of other languages (can anyone verify this? I only know this through watching foreign films and subtitling but don't know it for sure if it's just a homonym)

Also, the original packaging in the 80s IIRC had a white background, unlike the more recent foil type packaging. This is also difficult for me to verify, since Google threw up little-to-no results on these. Last I'd seen Kaka sold in Singapore was maybe late 2012 at some random mama shop. Don't know where I can get some anymore. My middle brother was the fan of these, and I vaguely recall these having some cheap toy in them. A friend told me it was random and not all packets had the toys! Interesting!

K. Time for dinner. Let me know if you can also find these in your country if you're outside of South East Asia!
Posted by Unknown at 8:01 PM