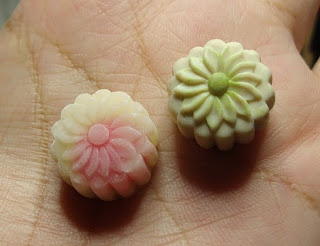 a new commission calls for some mini mooncakes in 1:3. i decided to make a mold since i will be making a cut version, and thought i might also offer it on my etsy once i get some time to make stock and list items. i didn't have a mooncake mold, and so had to make it from scratch. the base was first made, baked, then the petals individulally put into place, and finally squished a ball of clay into the centre. the snowskin mooncake required translucent clay, and i opted to use FIMO translucent white since it bakes whiter than KATO does, and also will result in a fine matte finish. i dusted the mold with cornstarch before pressing in the ball of clay. since it was a test mooncake, i pressed in the 'cherry' colour and filling to see if it would show through the skin layer, i guess it does ^ ^ am so pleased with it, it really does look edible :O oh yeah, mooncake festival is nearing, right??? 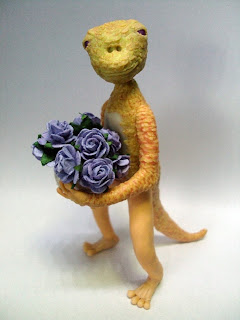 and here is my contest entry for the alien competition over on http://teammidscompetitions.blogspot.com/! thank you to those who voted for me, whether you knew it was mine or not ;) i voted for the aliens at the zoo because it made me chuckle real hard, i have been rather a softy lately for pets, probably cos i recently took Eva to the vet XD anyway.....here's the other 2 pics i submitted to show the detail. 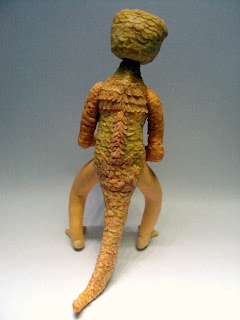 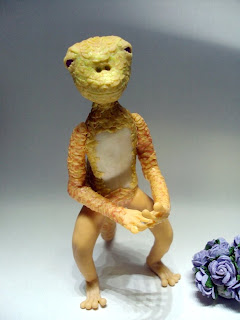 i originally wanted to put more scales on her legs, but given that i only had time to make her during the extended deadline period of 2 days, i couldn't complete her as i ran out of clay :( her scales were made using a mix of leftover clay from my sushi and cucumber canes XD and since my oven was too small, i kept burning her feet, it was awkward placing her in position and i guess her toes must have touched the top heating element :( 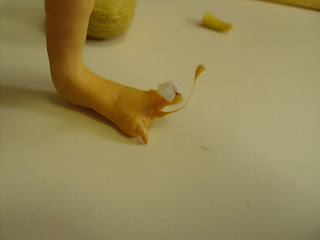 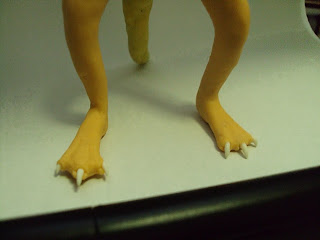 bf said he preferred the bulbous toes, and i guess they were more appropriate since i made the bulbous fingers first....i just liked the idea of clawed toes......... 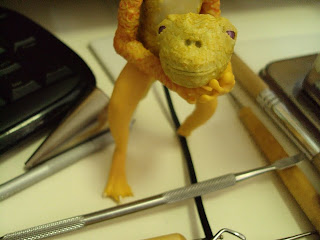 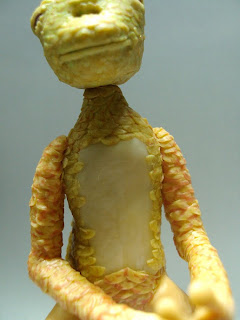 anyway. i also gave her chest a bit of detail to resemble something like...actually i donno. i -think- it looks 'cracked-shell-like'.

been a busy week, and i'll be even busier for the next month or so. am working on some 1:3/1:4 commissions, Dale is coming down to Singapore, have to plan out the lesson plans and tools/materials for when i start giving classes (prob July-Aug) etc...and i'm sure i'm forgetting many more items on the to-do list. dangit i really should use my whiteboard now that i have one....oh and i cut my hair, took about 8 inches off :O :O :O wanted to start swimming again, and decided after bf's observation that i was going bald (the final straw really) that the long hair was really, REALLY such a nuisance. see, the thing is, it's never about having the short, or the long hair, but the IN BETWEEN LENGTH hair..